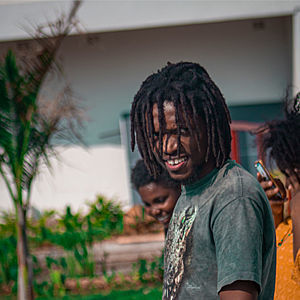 I am in unfamiliar territory, the streets, like most places in the high-density suburbs, a hive of activity at any time of day. I step out of the compact minivan into the blistering heat, my arms weighing me down like iron anchors, and my throat dehydrated. At a distance, I am noticing little children playing in the dirt.

They could care less about the world that exists beyond what they see, beyond the dilapidated infrastructure at the marketplace and the golden horizon. There are several makeshift stalls all around me, primarily thrift clothes and fresh garden perishables. I remind myself why I am here, the small businesses.

Small businesses, both formal and informal, are growing rampantly in Chitungwiza and Zimbabwe. They are also a major contributor to the livelihood of people in the community and Zimbabwe as a whole. How has the failing economy affected the cost of living, and more importantly, the standards of living in this community? I sit down for an interview with a twenty-year-old tuck-shop attendant who rents out a business of selling small items in Chitungwiza.

It is just after eight in the morning, the sun barely creeping into the skyline, and she already looks exhausted. She briefly touches on how she has to do some house chores before work, among them, fetching water, in a community where boreholes are as scarce as affordable essential commodities and health care.

The young lady goes on to detail how the procurement of her stock is difficult. She has been working at this establishment for just under a month, and the cash shortages that have crippled the country’s economy have already had an adverse effect on her business. Like most marketplaces and tuck-shops within Chitungwiza, she does not accept electronic money, popularly known as ‘EcoCash.’

This is because hard currency and electronic money have different rates on the black market. Accepting electronic money would make it difficult for her to procure more stock. It also means she has an increasingly unrealistic limited window to sell her products because if she takes too long, she will run a loss. She explains how the local currency is constantly losing value and how it automatically affects her stock.

While I engage with her in conversation, she wears a smile on her face, but I cannot help but wonder how long her business will survive. As the morning gradually wears on, the traffic of people coming to purchase items increases, and I make my way out of the puny shack and let her be about her business.

I board a commuter omnibus, commonly known as  kombis, on my way to my next interview. I engage the kombi conductor about the economy and how it has possibly affected their standard route charges. He goes on to explain how they hardly accept electronic money. The fees that week have been stable, but charges are highly dependent on the fluctuating cost of fuel on the market.

We have a brief discussion on how the commuter is cushioning these increases in fuel prices. In addition, he speaks about the need to wake up at ungodly hours of the morning to start his shift. This is mainly because, as an employee, he has been given daily targets to meet by his employer, the owner of the kombi on which he is a conductor. The unstable economy has made it difficult to reach these targets, making them unreasonable, and at most times, unrealistic. It is, however, difficult for him to explain to his employer as they can easily replace him if there is any confrontation.

Matching unreasonable targets, paired with fuel hikes, is reducing the amount of money he can take home to his family after splitting with the driver. In addition to having to start early, he needs to work late into the evening to make ends meet. On some nights he works till around 10 pm and starts work around 5 am the next day. He drops me off at my stop, and my field partner proceeds to gather more information on the impact of the economy on other small businesses.

I walk into an office with just over a dozen workers and introduce myself to a gentleman who refers to himself as Nigel. Nigel owns an online marketing business, which is highly dependent on online consumers. He explains how the economic challenges within the country have significantly decreased the number of customers who are willing to use online marketing as a service. Economic constraints and economic policies that have restricted access to foreign currency have also negatively impacted effective administrative strategies and financial forecasts. Nigel explains how restrictions on access to foreign currency are limiting his business as some of his clients are based outside Zimbabwe.

The economic policy is limiting his day to day efficiency as he continually has to apply to his bank to be able to access his money, which he uses to make sure his website, and other online businesses, are paid for and running effectively. As a business owner, he comments on how he continually needs to review employee wages and transport fares as they are volatile. Nigel goes on to detail the limitations to that, noting how, as a business, it makes it near impossible to make any long term financial plans or predictions. This affects how he negotiates around both the business’ internal and external competitors.

As I round up the interview with Nigel, he sums up by saying that a functional economy would be favorable for businesses such as his. He hopes for a more stable economy, which allows him to make more decisive options when it comes to making plans for the business and his employees. He is, however, grateful that he has been able to retain his employees, and how the company has managed employee turnover well.

I then meet up with Mr. Mutashu, an economist who is willing to comment on the current state of the economy, and its probable outlook in the next two to five years. He elaborates on the large number of small businesses both in Chitungwiza and Zimbabwe as a whole. Mr. Mutashu mentions how small businesses are currently the backbone of the country’s economy.

He mentions how some of these businesses are not registered and how this affects the state’s ability to generate revenue through tax. The economist narrates the importance of small businesses getting registered, as this gives the government a more accurate outlook on how the enterprises are distributed in Chitungwiza. He acknowledges the unfortunate fact that the current economic situation in Zimbabwe has immensely impacted these small businesses negatively, contributing to the rise of the number of informal small businesses.

Mr. Mutashu touches on the need to have an effective economic policy. This, he adds, ensures the availability of funds from the government and banks to help stimulate small businesses that are starting up in areas such as Chitungwiza. This, he says, would increase the likeliness of the companies succeeding, and if registered, it would help in the acquiring of more revenue for the state to redistribute to the small formal businesses.

To conclude, both interviewed parties, that is individuals who work in small businesses and individuals who assess the analytics of small enterprises, agree to some extent, the negative impact of the economy. They highlight the hardships that the worker has to face each day and the need for corrective measures such as subsidies in prices of raw materials, tax reliefs, import control, and the availability of continuous trainings and capacity building activities within their community. It is necessary to note that the economy alone cannot be blamed for the hardships, but it is arguably the most significant contributing factor.